During all these days that we have been at home I have done many crafts.

The craft that I liked the most were some small clay figures. I have built different characters, such as Merida, Alice in Wonderland, Mickey, Winnie the pooh, etc.

Another of the crafts to build a C for the door of my room, which is made of newspaper and has some paper flowers, I have glued them with white glue. Also my father has put some led lights. It looks very pretty. 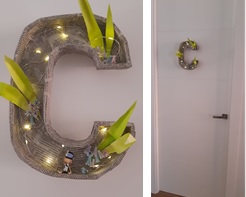 I have also drawn a lot, I like to draw series of dolls, the one that I liked the most was the series of professions dolls.

Other days I made clay earrings, which my mother put them on, and I have also made origami. 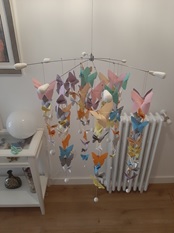 These months I have really enjoyed all the arts.