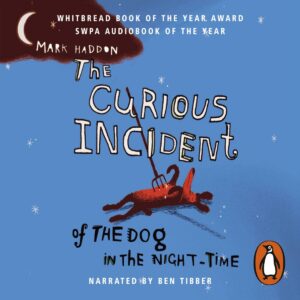 Christopher is a boy that has an illness called autism. He doesn’t understand people and he doesn’t like to be touched by other people. He lives with his father. One day, he finds the dog of the neighbour dead. He decides to investigate the death of the dog.

During his investigation, he discovers that his mum was alive, leaving with another man. He was very angry with his father because he lied him.

I think that he book is a little bit difficult to read for me. Sometimes, I don’t understand Christopher because he does stranger things to me.

The theme of the book is the honesty and the trust of people. It is difficult to be like him, he likes a lot mathematics but he doesn’t like people because people don’t tell the truth all the time. It is very sad when he wants to go with her mum because his father lied to him.

The part I liked the most is when he got lost in the city of London.