On Friday night, March 27, I saw a video with my family, since we could not leave the house due to the coronavirus.

This video was from “EL CIRCO DEL SOL” and was broadcast outdoors as a special. At first it was a little boring since there was no funny scene. As the show progressed, a man came out who was very good at juggling and did all kinds of stunts with them.

Then some acrobats who jumped on an elastic net and reached a height of about 4 or 5 meters and made characters like a fish or superman. His music was very expressive and his costumes spectacular with a great imagination and color, based on the time of the first inventions such as the light bulb, the train, etc.

Finally there was a mime that expressed with the body different animals, such as the dove and the cat, it was very funny and expressive. In general I really liked the costumes and music as I said before and the staging.

During these days, staying at home, we made a timetable because my family and I need to be organized.

I need time to study, play football, use technology, see movies, have a shower, play with my sister Victoria and help my parents with homemade.

So, the first step was to make a list with all the things I wanted to do and then my mother organized how to do them.

This is my timetable:

During this confinement, I had played ping-pong a lot with my father.

First, we had a small table that it was a football table with something on. Then, we bought a true ping-pong table. To play, you only need a place straight and smooth, a net and two rackets and a ball to play; is necessary part of the table.

The rules can change. Depend whose you play and if you play with family or in a tournament.

I had a lot of fun with my father and I had improved a lot. I want to play with some of my friends. 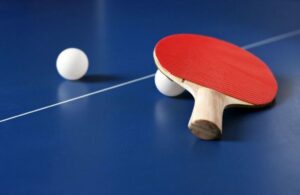 For the first time, my grandparents have a dog.

It’s a male and his name is Legolas. His breed is “chiuhauha apple head” and has three months. His color is chocolate brown with a little pot on the head. He has short legs and big pointed ears.

I go to visit him every day and it’s very funny and playful. I play all the days on my grandparents’ garden and he loves that I throw to him small balls.

It’s really funny play with him.